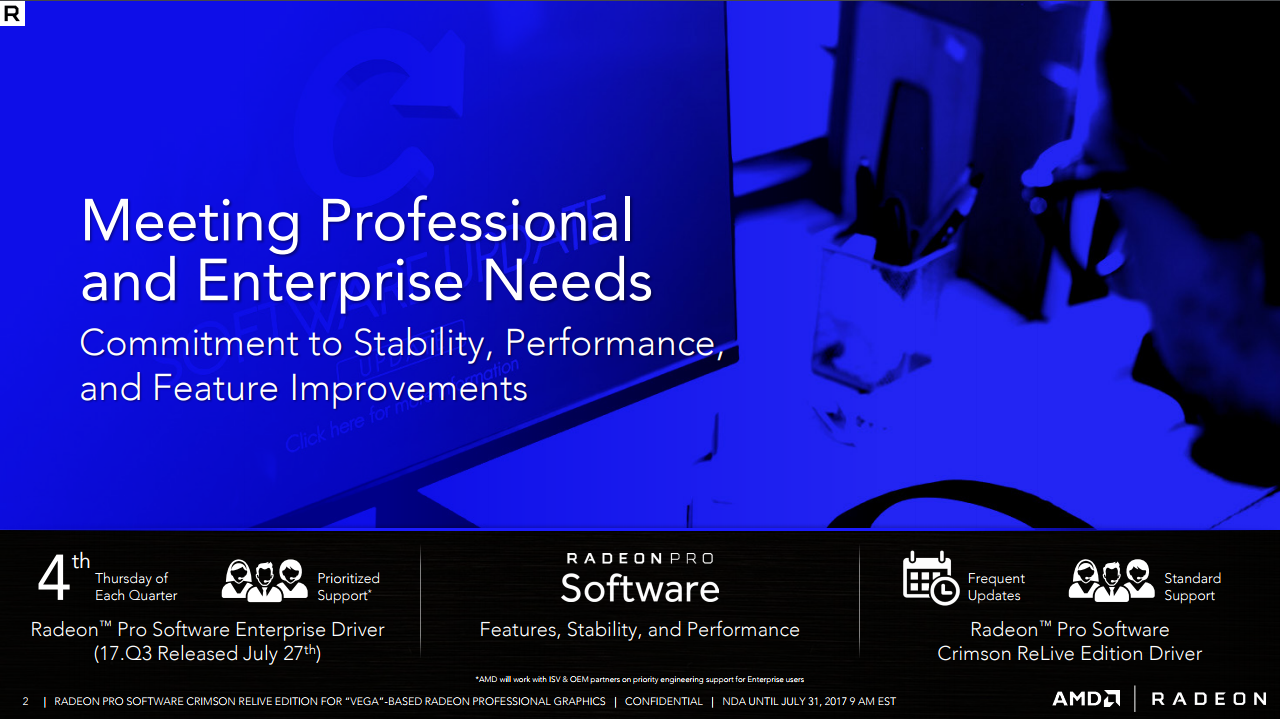 Today AMD is releasing a new version of its Radeon Pro Software dubbed Crimson ReLive Edition 17.8 and will following it up a little later with version specifically for ‘Vega’-based Radeon Professional Graphics products. AMD offering two kinds of Pro drives now: point releases like this 17.8 driver which are delivered as necessary and stability-focused enterprise editions that use quarterly naming like 17.Q3 and are released on the 4th Thursday of every quarter. According to AMD the 17.8 release is the first driver to be compatible with the Vega GPU Architecture. The driver that shipped with the Radeon Vega Frontier Edition was compatibility with only that card, rather hardware based on the Vega Architecture in general. 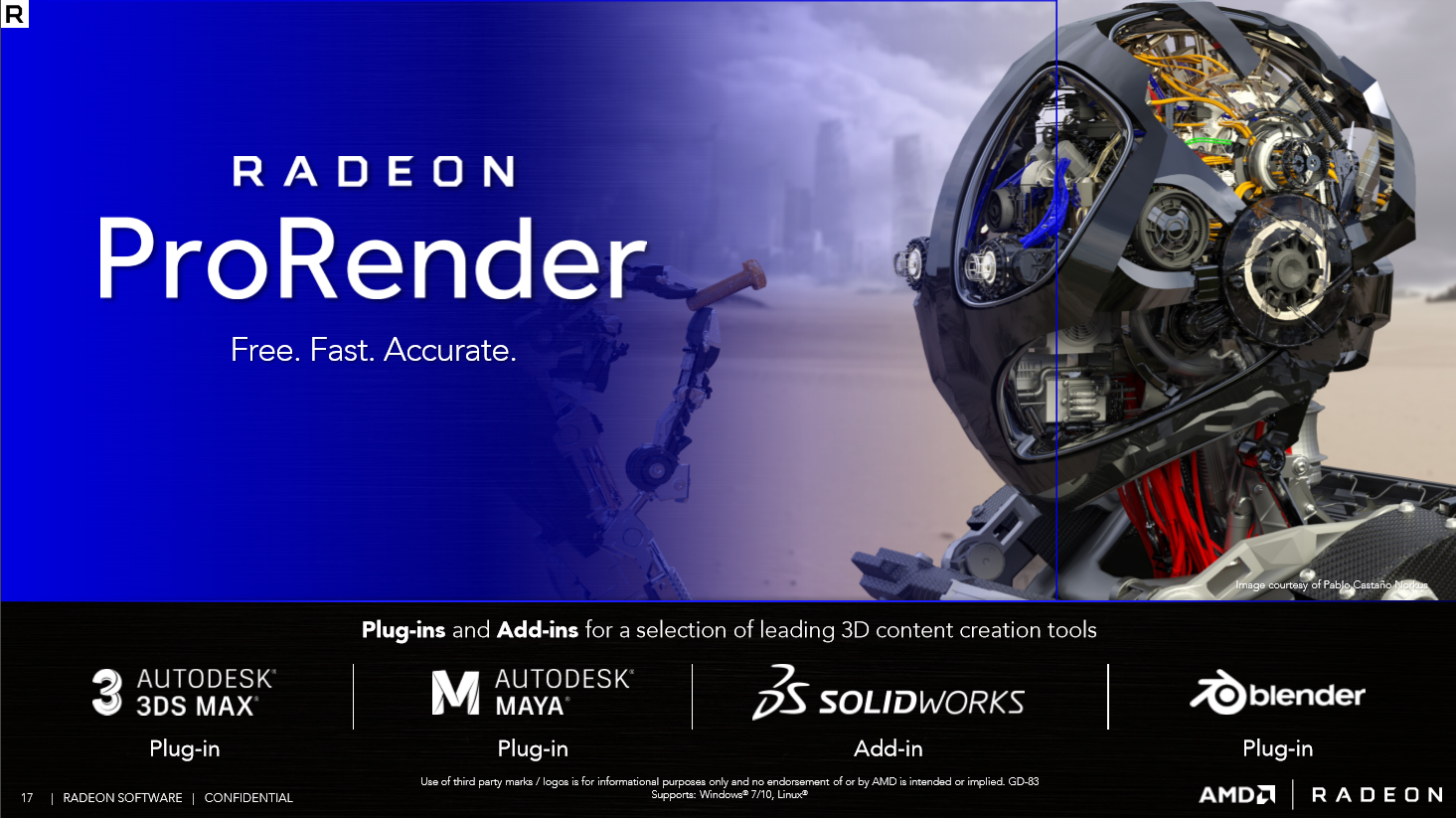 AMD’s Radeon ProRender rendering engine is now available as a plug-in or add-in for Autodesk 3DS Max, Maya, Solidworks, and most importantly Blender. Inside of Blender the Radeon ProRender plug-in can be used to do real-time rendering in the view port and comes paired with a physically correct materials library. In Solidworks the ProRender plug-in includes the ability to export the model into the Unreal Engine for real-time visualization. Finally in Maya and 3DS Max AMD’s improved the ProRender’s viewport rendering performance and added support for rending using both the system’s CPU and GPU hardware. 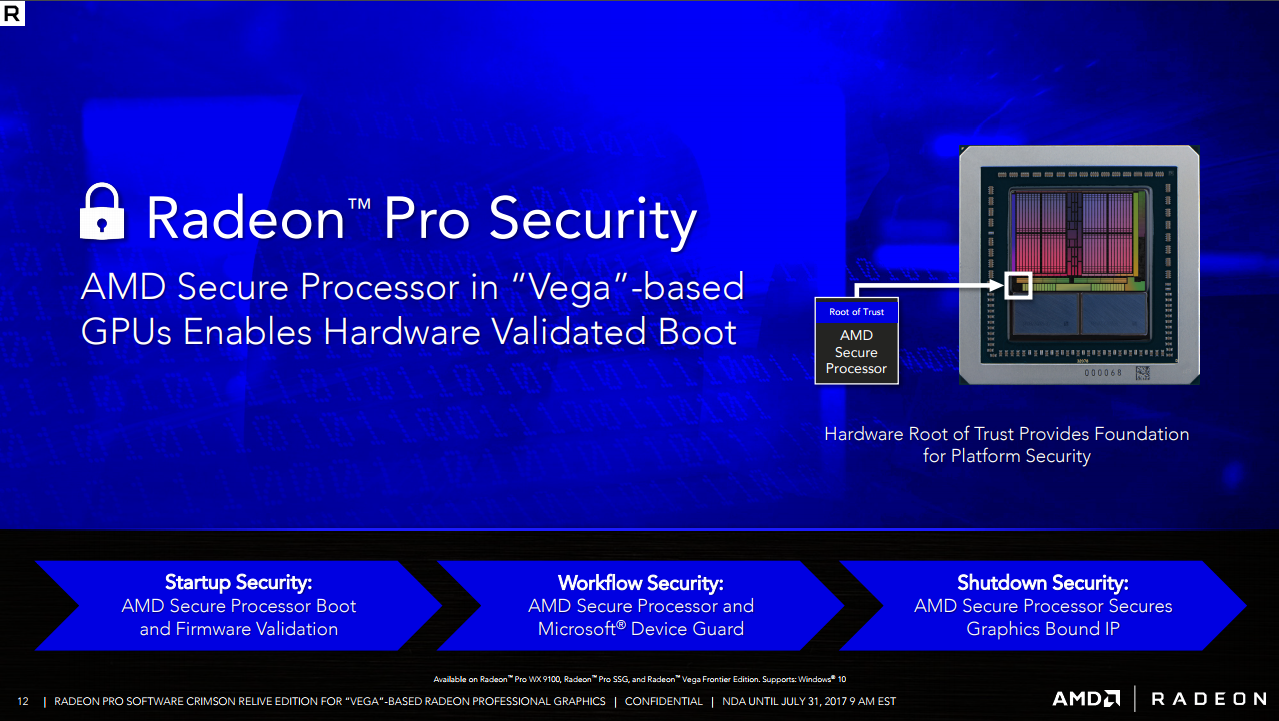 AMD’s new Vega-based Radeon Pro products support a feature called Radeon Pro Security thanks to the inclusion of AMD’s Secure Processor on the Vega 10 die. This security coprocessor enables the GPU to offer a hardware root of trust to the rest of the platform for validating the security of the boot firmware and environment. It also interfaces with Microsoft’s Device Guard to protect the security of your workflow and enables secure shutdowns by protecting the GPU after OS termination. 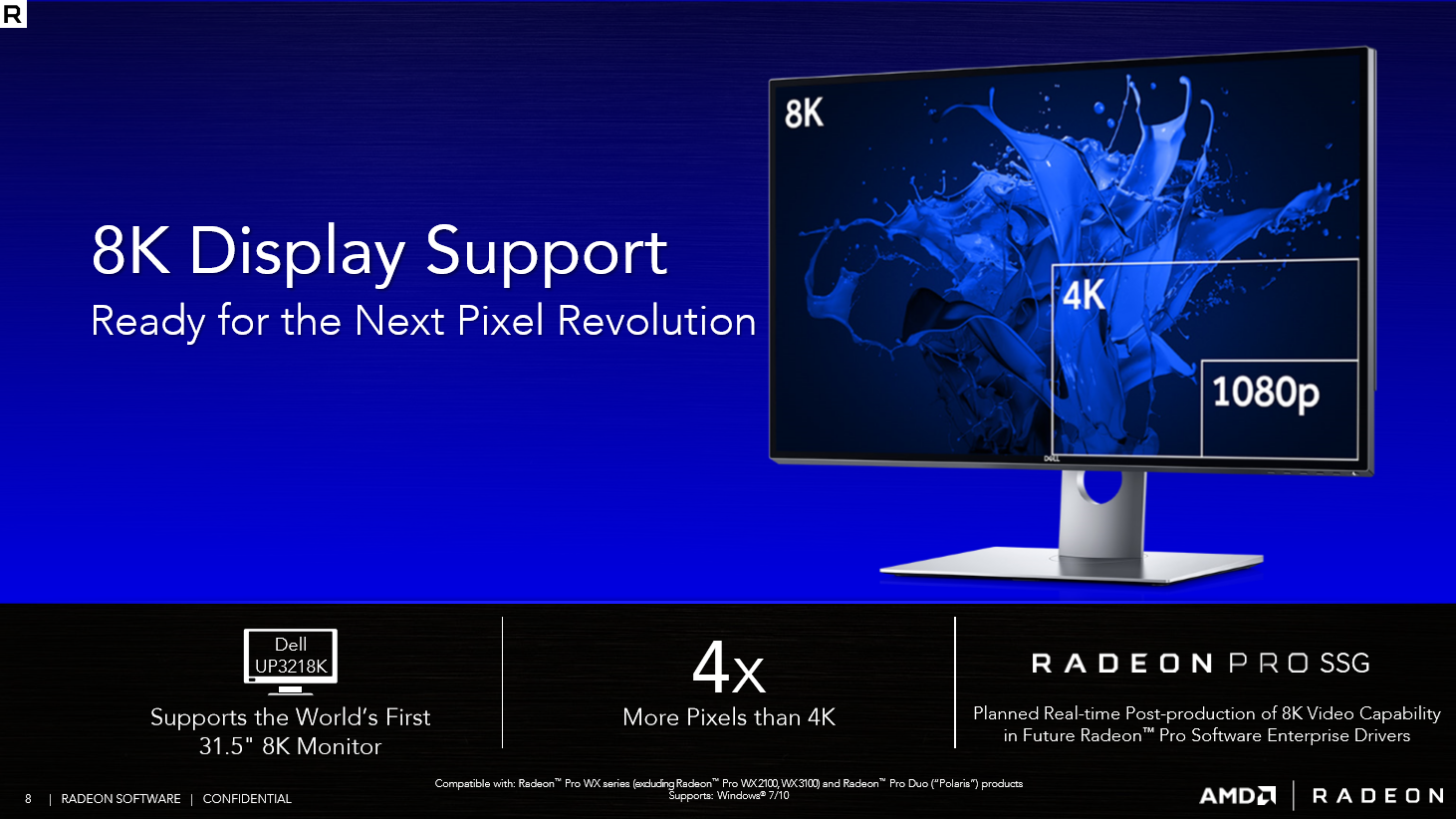 With this 17.8 driver AMD is introducing support for 8K display resolutions, namely Dell’s new UP3218K display, which is the first 8K monitor. According to AMD this monitor pairs well with its Radeon Pro SSG for high-resolution video editing workflows. AMD is also introducing support for HDR displays on its Radeon Pro products with this driver drop. The same enhancements that AMD’s ReLive screen recording app received on the consumer side are also coming to AMD’s Pro drivers. 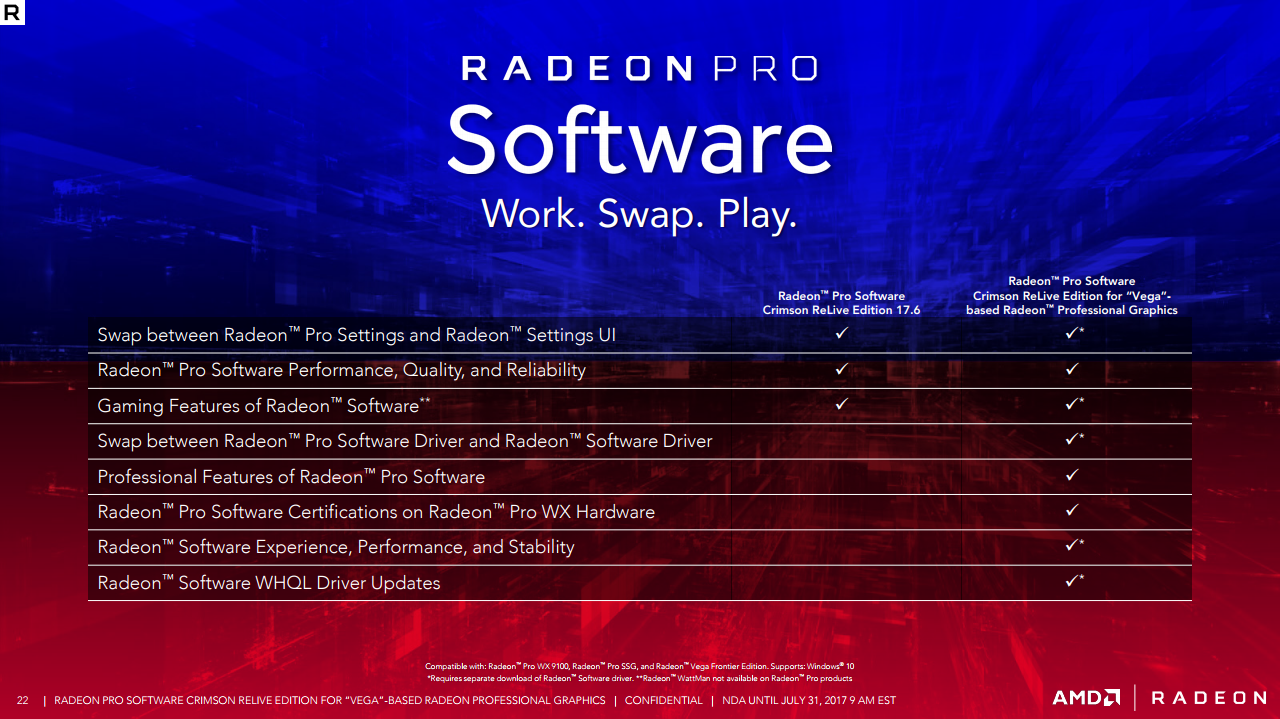 In the end this driver update isn’t quite as far reaching as the update we saw to AMD’s consumer driver a few days ago, but it’s solid improvement none the less. Most of the improvements in this Radeon Pro Software update are aimed at enabling the new features that AMD’s Vega architecture brings to the table. It remains to be seen how useful having the ability to swap between driver version will be for developers but it’s an interesting option. AMD’s Pro driver team has delivered a solid update that I’m sure AMD’s Pro users will be happy receive.S|A