Big Blue back at it

IBM (NYSE:IBM)has just published a research paper detailing how the company has made some major advancements in Phase Change Memory.

IBM has, according to the press release, succeeded in manufacturing a Phase Change Memory chip that is not only 100x faster than flash but also has a much better longevity as it can withstand millions of write cycles as opposed to the several thousands that limit flash memory today.

For the first time researches have managed to reliably store 2 bits in each cell. 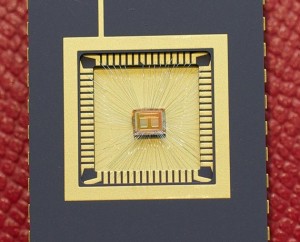 Phase Change Memory works by the supplication of current heating a memory cell and thereby changing the state of the alloy the cell is comprised of from crystalline to amorphous state or vice versa.

Up until now memory cells that store more than one bit have had problems with drifting, making the read back on the contents unreliable after a short period of time.

Researchers from INBM in Zurich, New York and Burlington, Vt. have worked together to create advanced algorithms that compensates for this drift.

IBM hopes that this breakthrough will make it possible to manufacture commercial products within the next 5 years.S|A